Thank you for participating in the AMA session with co-founder and CEO Zac Cheah. For those of you who may have missed it, the live recording of the AMA session, tackling Q3 progress with addressing questions and concerns by the community members, can be viewed here.

Thank you for participating in the AMA session with co-founder and CEO Zac Cheah.

For those of you who may have missed it, the live recording of the AMA session held on Oct 4 at 10:00 am GMT+8, tackling Q3 progress with addressing questions and concerns by the community members, can be viewed here:

You may also find a summary of the Q3 progress presentation below.

The purpose of Carnival is to celebrate Pundi X’s 2nd anniversary with the community, especially for those who have been supporting us from the very beginning. One of the key activities of Carnival is Crypto Gift, which allows you to send and receive different cryptos that are supported in XWallet.

In addition to the crypto gifts, we are giving out prizes up to 1 million worth in USD. The celebration extends from XWallet to Twitter with the prize of the world’s first BlokOnBlok (BOB) phones. We will be giving out up to 20 BOBs to the lucky winners who join the campaign.

Last but not the least, the Grand Prize of Carnival is a treat to an unforgettable trip powered by crypto, details to be announced soon.

For the last 365 days, we have removed more tokens in fiat value more than the amount we have raised from our token sale, which is over 35 million USD.

The next token removal will take place on the second Saturday of October, by then:

2 billion of NPXS and 17 billion of NPXSXEM (4 million worth in USD) will be removed. These tokens came from XPOS and XWallet transactions and FX conversions. Due to the reason that more holders chose to convert NPXSXEM to FX, there are more NPXSXEM than NPXS to be removed.

The decision of removing NPXS/BTC pair in Binance was made due to the widespread price of the pair. We believe that it is beneficial for NPXS to increase liquidity.

As a support to the decision, we have observed that for the last 24 hours. The NPXS/ETH pair has the largest trading volume in all Binance ETH pairings. Hence, we believe that by removing NPXS/BTC pair in Binance will be beneficial for NPXS in the long term.

The B2C strategy is to push XPOS to retail customers and retail partners. On the other hand, the B2B partnerships are what we believe to be the breakthrough for XPOS deployment, which include working with large corporations, government officials and institutions.

Markets with huge currency crisis show huge interests in cryptocurrencies and deploying XPOS as payment methods, such as Brazil, Argentina, Venezuela etc. Our collaboration with the largest chain department store, Traki, in Venezuela is a great example, and we will be continuously talking with more corporates for partnerships.

Another B2B strategy is to work with other blockchain companies which are the pioneers in the local markets. Take Singapore for example, we are working with dcubepay and roll out XPOS together. We are also in talks with many blockchain companies that have substantial interests in seeing blockchain payment flourish in their own markets.

Our software integration with one of the world’s biggest point-of-sale company, Verifone, is a start, and we have successfully integrated with another two big POS companies, so stay tuned for the official announcements.

We have shipped over 5,000 XPOS all around the world, among which 1,000+ are being actively used and the number continues to grow. We are seeing an uptake of usage, which is the educational process given by our XPOS distributors and merchants to potential crypto users.

Since launched in January, 2019, we have over 400K registered users in XWallet and 150K+ of them were activated in the previous quarter.

The Crypto Gift function has proven to be a success that led our telegram group in XWallet rank #1 and #2 worldwide in all Telegram group (ranked by combot.com).

We want to provide users to use both centralized and decentralized storage on XWallet, the latter is being worked on with potential partners, such as Samsung Wallet, and we are also connecting with a well-known trusted company for partnership at the moment. Details will be announced soon.

In the previous quarter, we have launched the Samsung Wallet DApp. In this quarter, we will be launching DApps include an Ethereum wallet, an e-commerce platform, a sports DApp, a celebrity DApp, and a crypto-to-fiat DApp.

We will also launch an “Earn and Stake” DApp which will allow token holders to get earnings of NPXS or other crypto from staking.

The transactions that happen on the DApps will be part of the token removal procedure. For the profit we receive from the DApps, after sharing with the third party developers, we will use it to buy NPXS from the open market for token removal. 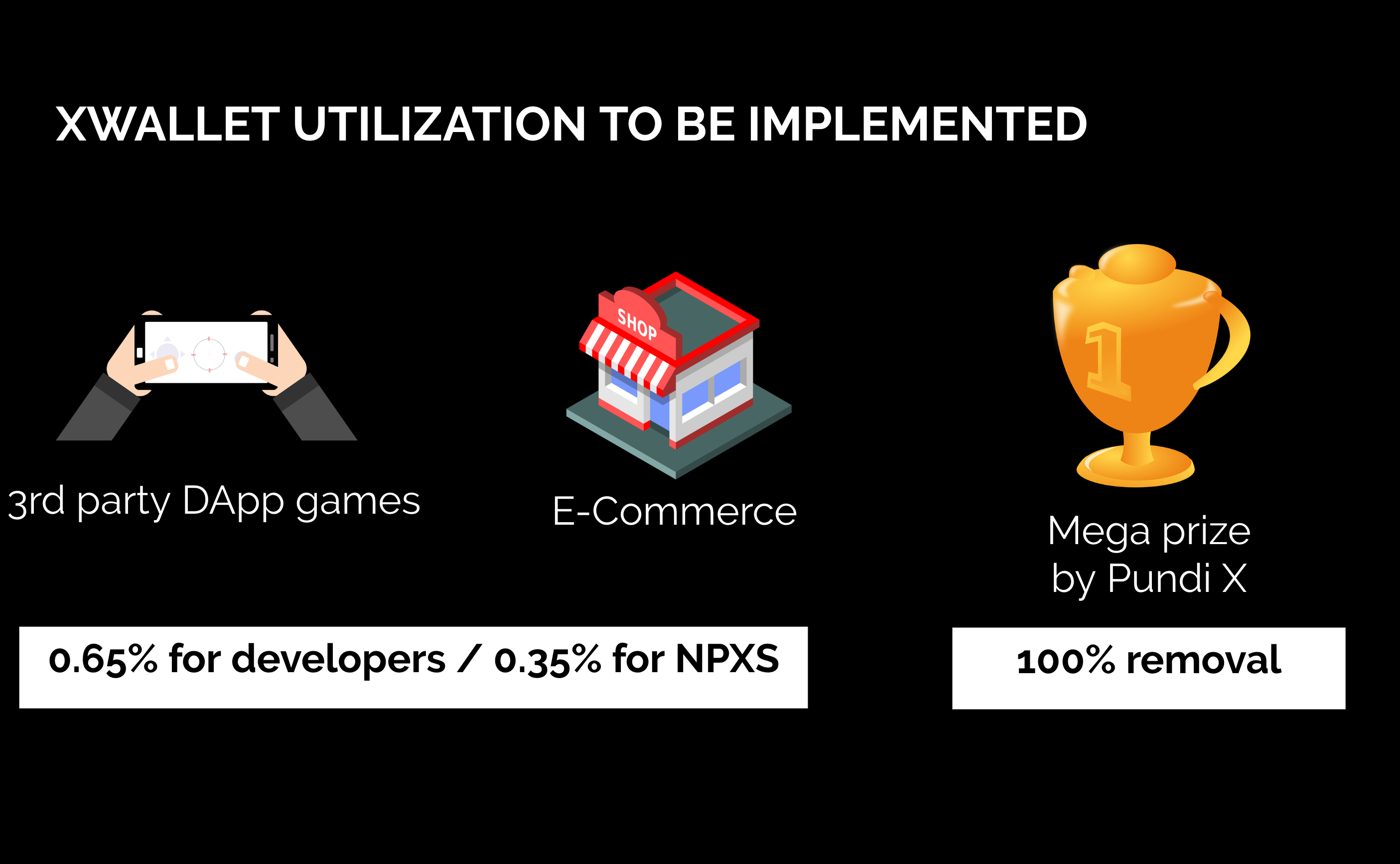 BlokOnBlok (BOB for short) will be the world’s first decentralized smartphone, which includes your calls, file storage, messages and so on. The production of BOB is on schedule. We are now finalizing the product specs and moving forward to the first test production of BOB.

To get hold of a BOB of you own, you can participate in our twitter competition, or join the pre-order next month in XWallet and pay with your cryptos.

Once the special pre-order in XWallet is done, we will open to the public for BOB pre-order on Kickstarter and CAMPFIRE (Japan).

There will only be 5,000 units of BOB produced. Moving forward, we will be working with smartphone manufacturers and telecom companies to create more blockchain phones, and all our blockchain phones will be connected to the FX mainnet.

To join the movement, you can check out our FX bounty program for 300K worth of FX tokens.

The best showcase of our company and the value it brings is to create showcases and real deployments. In the previous quarter, we have built the Venezuelan office, and we are also diligently exploring Africa and will have our staff based in Rwanda.

Thank you for participating in the AMA. We believe this will help you to be familiar with our progress as well as answer some questions from the community.

For the Full Q3 report, you can download it here.