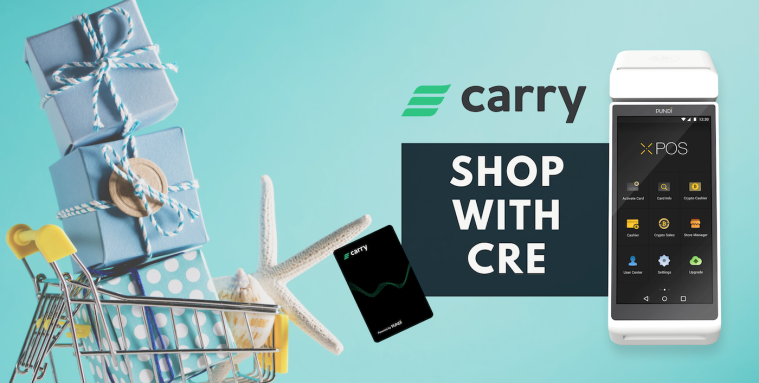 Carry Protocol’s native token, the CRE, is now part of the Pundi X payment ecosystem through Pundi X Open Platform, the listing program for digital currency and other decentralized assets. Through this listing, the CRE token can now be used as a payment option for Pundi X’s partner XPOS merchants, which are located in over 30 countries worldwide such as Australia, Argentina, Brazil, Germany, Spain, Singapore, South Korea, Venezuela and more. CRE can also be carried in the XWallet app, which has close to 700,000 registered users worldwide.

“With this partnership, consumers will be able to make payments offline by using Carry token (CRE) based on data compensation,” said Choi Jae-seung, Co-CEO of Carry Protocol. “We will further expand the Carry Protocol ecosystem so that anyone can easily obtain and use cryptocurrency in real life.”

Through the Pundi X’s payment platform, Carry Protocol expects to commence cryptocurrency payments along with offline payment data which worths more than 2 trillion Korean won used by Carry’s partners. In addition, the payment market of Korean tokens will not only be limited to Korea, but will also be deployed throughout the world.

Through this partnership, Carry Protocol will expand accessibility by acquiring users worldwide served by Pundi X. It also plans to accelerate its efforts to tap into Southeast Asia and other overseas markets.

“We’re honored to partner with Carry Protocol and help further its mission of democratizing customers’ transaction data,” said Zac Cheah, Co-Founder and CEO of Pundi X. “This partnership also boosts our efforts of making the benefits of blockchain technology more accessible to everyone.”

Carry Protocol is Blockchain-based Virtuous Cycle Platform of Purchasing Data. Carry Protocol aims to build a token economy ecosystem where consumers directly control their offline purchasing data to regain their data interests and monetize them. To build the ecosystem, Carry Protocol has an ongoing partnership (ECA; Enterprise Carry Alliance) in various fields such as wallet, terminal, settlement, and advertisement with companies like ‘Spoqa’, which serves Korea’s largest offline membership reward, and ‘SPC Cloud’, an SPC Group subsidiary that operates Happy Point. CRE is listed on Upbit, the largest cryptocurrency exchange in Korea, and Huobi Global, the third largest exchange in the world. For more information, please visit https://carryprotocol.io/